Snapchat announced a subscription service that gives access to a series of additional and different features to those present in the standard social platform, which the company targets its “most passionate” users.

Snapchat users will be able to find a set of new features, exclusive, in tests or even before its official launch, in the new monthly subscription that the company has launched.

Snapchat+, as the service has been called, is priced at $3.99 per month, and is first in a limited number of countries (United States, Canada, United Kingdom, France, Germany, New Zealand, Saudi Arabia and the United Arab Emirates), with the intention of bringing it to more markets in the future. 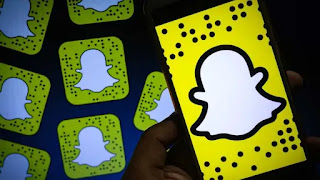 " This subscription will allow us to offer new Snapchat features to some of the most passionate members of our community and allow us to provide priority support," the company said in a statement.

This Monday, June 20, Telegram announced the launch of its Telegram Premium subscription service, a payment option that comes just when the platform has become one of the five most downloaded apps in the world in 2022 and registers to date more 700 million active users per month.

Productivity Marketing: How To Identify The Target Audience For Your Niche?

8 Shocking Revelations That Christian Nodal Made To Rolling Stone

"The Witches Are Back" Hocus Pocus 2 Unknown Facts

The company announced at the end of 2020 that it would begin to monetize its service a year later , after the increase in active users of the platform. Thanks to this change, you will be able to face the maintenance challenges posed by the traffic that users generate.

Now, when it is among the five most downloaded applications in the world so far this year and with more than 700 million active users per month, it has revealed the characteristics of its new payment option.

Telegram Premium integrates a series of additional functions that the expert developer in reverse engineering Alessandro Paluzzi announced a few days ago, who shared a screenshot with the new exclusive functions.

Now, when it is among the five most downloaded applications in the world so far this year and with more than 700 million active users per month, it has revealed the characteristics of its new payment option.

Telegram Premium integrates a series of additional functions that the expert developer in reverse engineering Alessandro Paluzzi announced a few days ago, who shared a screenshot with the new exclusive functions.

First of all, he indicated that the subscription to Telegram Premium carries the ability to upload files of up to 4 GB, compared to the 2 GB that the free option allows . Thanks to this service, users will be able to send videos of up to four hours in 1080p or “18 days of high quality audio”.

Although the option to send large files is only possible for customers of their paid service, users of the free option will also be able to download these files, whether they are subscribed to Telegram Premium or not.

It is worth remembering that all users, premium or common, can download files and multimedia content at a faster speed and will be able to access unlimited cloud storage.

The premium option allows, in turn, to follow up to a thousand channels, create up to 20 chat folders with up to 200 conversations, add a fourth account in any Telegram app , pin 20 chats to the main list and keep up to ten stickers in the section of ‘Favorites’.

You can also write a longer bio, include a link in it, reply with up to 400 types of GIFs, and save up to 20 short public links or t.me , which automatically lead to a chat conversation with the user who has them. generated.

Users who opt for this paid service will be able to convert voice messages to text, evaluate their transcripts, send exclusive ‘stickers’ and full-screen animations , react to messages with new emojis or present animated profile photos.

As Paluzzi announced a few days ago, one of the most outstanding tools of Telegram Premium is the ability to organize the list of conversations and archive or mute chats.

*With information from Europa Press.

Netflix: The Countries Where It Will Start Charging For Shared Accounts

Due To Misinformation, Videos With This Theme Will Be Removed From Youtube