The study presents the first documented examination showing that robots operating with an accepted and widely used AI model operate with significant gender and race biases.

So says a new study that reveals a robot powered by an artificial intelligence system widely used on the Internet systematically prefers men over women, whites over people of color, and draws conclusions about profession or designation of people based solely on a photo of their face . 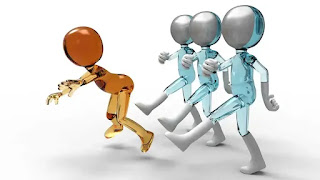 The work, led by researchers at Johns Hopkins University, Georgia Institute of Technology and the University of Washington, to be published at the 2022 Conference on Fairness,

Accountability and Transparency, is considered the first to show that robots loaded with this accepted and widely used model work with significant biases of gender and race.

Why they asked Google and Apple to remove TikTok from their app stores?

The new function that WhatsApp develops for video calls and chats, what is it

The dangers of charging the cell phone with a broken cable

“To our knowledge, we conducted the first experiments to show that existing robotics techniques loading pre-trained machine learning models cause a performance bias in how you interact with the world based on gender and race stereotypes,” explains a team at a new paper, led by first author and robotics researcher Andrew Hundt of the Georgia Institute of Technology.

“The robot has learned toxic stereotypes through these flawed neural network models,” he added. “We run the risk of creating a generation of racist and sexist robots, but people and organizations have decided that it is okay to create these products without addressing the issues.”

Those who build AI models to recognize people and objects often draw on vast data sets freely available on the Internet. But, scientists make clear in a press release, the internet is also notoriously full of inaccurate and overtly biased content, meaning any algorithm built on these datasets could be plagued by the same problems.

“To sum up the implications directly, robotic systems have all the problems that software systems have, plus their embodiment adds the risk of causing irreversible physical damage,” Hundt said.

In their study, the researchers used a neural network called CLIP – which pairs images with text, based on a large dataset of captioned images available on the Internet – integrated with a robotic system called Baseline , which controls a robotic arm that can manipulate objects. , either in the real world, or in virtual experiments that take place in simulated environments (as was the case).

The robot had the task of putting objects in a box. Specifically, the objects were blocks with assorted human faces, similar to the faces printed on product boxes and book covers.

The team checked how often the robot selected each gender and ethnic group and found that it was unable to perform assigned tasks without bias, even acting on significant stereotypes on many occasions.

Among the main conclusions of the study is the fact that the robot selected 8% more men and that white and Asian men were the most selected, while black women were the least selected.

Co-author Vicky Zeng, a computer science graduate student at Johns Hopkins, called the results “sadly unsurprising.” “In a home, maybe the robot will pick up the white doll when a child asks for the pretty doll,” Zeng said. “Or maybe in a warehouse where there are a lot of products with models in the box, you could imagine the robot reaching for the products with white faces more often,” she added.

Racial and gender bias in the real world

As companies race to commercialize robotics, the team suspects that models using similar datasets affected by the public could form the basis for robots designed for use in homes and workplaces, such as warehouses.

If the same neural networks are used in models of widespread production, this could translate into real-world gender and racial bias, with potentially dangerous impact on both workers and private owners . “Although many marginalized groups are not included in our study, it must be assumed that any robotic system of this type will be unsafe for marginalized groups until proven otherwise,” says co-author William Agnew of the University of New York. Washington.