There are some applications that may have been downloaded through Google Play, but that would be the perfect means to access personal information, banking or sensitive data through cell phones, according to the Phone Arena portal .

“While most of these were quickly removed from the official Play Store, at least three apps are still available for new installs at the time of writing, including one that has amassed over 50,000 downloads worldwide, and perhaps most worryingly, an average 4.8-star user rating based on over 900 reviews. 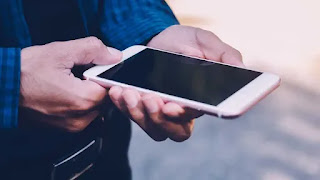 Given this, he warned that there is a high probability that the reviews are invented, so the user should check if the app is marked as “fraud” or “total forgery”.

The list of most recent malicious Android apps found are:

Here are some slightly older ones that also had malware discovered:

In this sense, to avoid malware that can steal data on the cell phone, the portal recommended:

Dmitry Bestuzhev, director of the research and analysis team at Kaspersky Lab Latin America, spoke to the CNN network, pointing out that privacy has to do with how the provider used treats users’ personal data. The expert pointed out that he verifies that the mobile device he is using does not have more permissions enabled than necessary. Also, he said that he only gives access to specific applications that need such permission and only enables it while using the application.

The Pandemic Triggered The Use Of Social Networks By 27%

“In a conversation between two or more people, it is enough for only one of them to have their permissions enabled, ” Bestuzhev explained to the international media.

Regarding the use of WhatsApp, the expert said that it decided to change its privacy policy, although it has always collected data, but WhatsApp “was exposed and showed that it is keeping a lot of information and there was a massive exodus that has not stopped”, he explained.

Against Signal, he said that “it is a platform that is easier to use and similar in its interface to WhatsApp, but with the difference that the conversation is encryptable from end to end and it also has high privacy, and not because it has high moral standards . , but because its design is made for that”. He also pointed out that every time people download an app, their privacy “changes dramatically.”

Meanwhile, he maintained that there are measures that people do not implement and should, among them are: an antivirus system; implement a VPN on the phone and that blocks advertising and others; have a modern browser that would block fingerprint attempts; review the cell phone settings to verify that user data is not collected or shared, “because Apple and Android phones collect our information such as places where we go and where we live,” said the expert. Thus, to access this option, people must enter the settings/privacy part and in the “analytical data and improvements” option, the person must stop sharing.