There is no doubt that Disney knows how to give us mere nostalgia . In recent years, many of his projects have focused precisely on that, on reaching that generation that grew up watching his most popular stories. The example is in Hocus Pocus 2 , which not only brings back a story that promises to remind us of that time when we were happy and we didn’t know it, it also seeks to trap the youngest with these very peculiar witches. 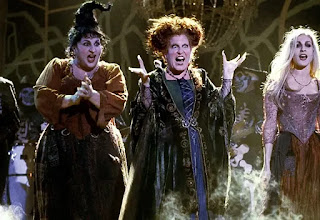 As you may remember, for a long time the house of Mickey Mouse confirmed with great fanfare that they were working on a sequel to the film they released in 1993 , which will reach their streaming platform. But not only that, since for this film the original main cast returns headed by Sarah Jessica Parker, Bette Midler and Kathy Najimy . Of course, this news excited us a lot, because it completely increased the expectations to see what the plot is that they will tell us on this occasion.

Productivity Marketing: How To Identify The Target Audience For Your Niche?

8 Shocking Revelations That Christian Nodal Made To Rolling Stone

We already have the first official look at ‘Hocus Pocus 2’

Little by little they released details of Hocus Pocus 2 , such as some images of the cast during filming, but as happened with other productions, they had to delay all their plans thanks to COVID. Fortunately, things improved in 2021 and earlier this year, the actresses revealed that they had already finished the recordings. But now and to get us all excited, they just released the first official trailer for the movie and hold on, because you’re not ready for what’s to come.

In this teaser, a couple of young people appear who, after 29 years, light the Black Flame Candle again and inadvertently wake up the Sanderson sisters. However, Winnie, Mary and Sarah did not come back to life in a good way because they return to Salem to seek revenge and the girls who summoned them must do everything in their power to stop them before dawn , but will they be able? We’ll see.

"The Witches Are Back" Hocus Pocus 2 Unknown Facts

Hocus Pocus 2 will be released in the Disney+ catalog on September 30 , just in time for the Halloween season.