With only three seasons and in the middle of filming a fourth, the success of the series The Boys is indisputable. What is behind the psychology of your characters? 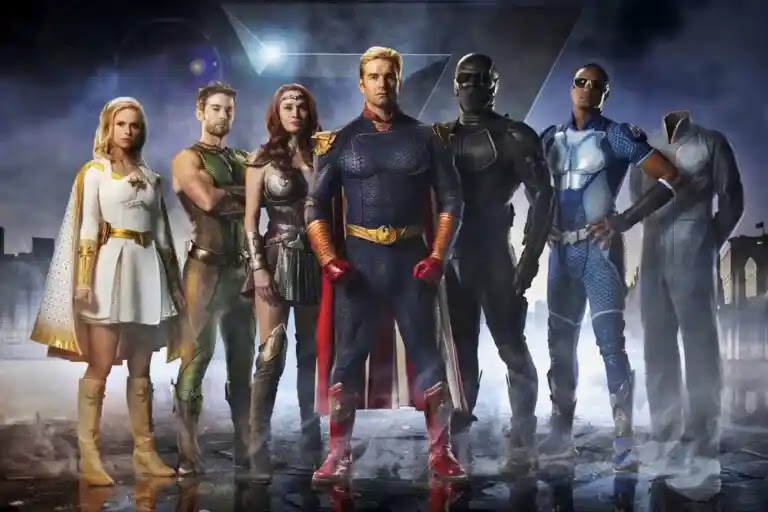 The filming of the first season of the series The Boys began on May 22, 2018, in Toronto, Ontario (Canada). This series, with an approach opposed to the traditional one, which has gradually been gaining more followers as its seasons progress, has been nominated for Emmy Awards on several occasions and has become one of the public’s favorites.

It takes place in a dystopian world where superheroes represent the darker side of celebrity and fame . However, there is also a group of vigilantes, called The Boys, who try to do everything possible to stop these superheroes with ambitions that are as human as they are excessive that harm, without any consideration, the whole of society.

The series: The Boys

The Boys series is an adaptation of the comics by Garth Ennis , a renowned British comic writer who works primarily for the American market. Garth Ennis’s work is characterized by black humor and extreme violence, something the series has retained since its inception.

Even though The Boys series isn’t entirely faithful to the comics, the level of satire is just as biting. However, being on a streaming service makes it easier for people who are not interested in comics.

The Vought International corporation, the most powerful in the United States, has a group of figures who fight crime. This group, in which everyone has superpowers, is known as The Seven. They are not the only ones, but this united team allows said corporation, which manipulates them to earn as much money as possible, to offer an image that is very different from reality, simulating a security that does not exist as such.

In addition, as it will be discovered, the company has been the one who has created these superhumans , something that society is unaware of. In exchange for large sums of money and favors, parents handed over their sons and daughters to be injected by Vought with a mysterious chemical known as Compound V. Much of the plot revolves around this, for if the public learns of the great deception, the losses would be catastrophic.

Starting with superheroes, the most notable character in The Boys series is, without a doubt, The Patriot (Homelander), masterfully played by New Zealand actor Antony Starr . According to public records, he was raised in a traditional middle-class Midwestern household, a lie to be uncovered, as he was actually raised in a Vought lab. This lack of family structure has influenced the development of a capricious and arrogant personality.

Not only is he the main villain, but he is also the strongest superhero . The traits that most characterize him, among many others, are arrogance, narcissism, arrogance, egotism, emotional dependence and recognition by his team, but above all by people who, deep down, do not matter to him. the least and which he despises, considering them inferior.

The series shares obvious references to Marvel and DC. The Patriot from The Boys and Superman have basically the same powers: flight, X-rays, super strength, and of course both leaders of their respective superhero teams.

The character of Queen Maeve (Queen Maeve), played by Dominique McElligott , is immune to almost any physical damage, as well as agile, strong and fast. Despite being compassionate and intelligent, she finds herself subjugated by The Patriot, whom she deeply hates. She with her armor and her tiara resembles the character of Wonder Woman, queen of the Amazons.

The Deep (The Deep), is a marine superhero, easy to assimilate with Aquaman. The character, played by Chace Crawford , at times as ridiculous as it is comical, reflects a deep dependency and a constant search for recognition on the part of The Patriot.

When El Profundo is separated from The Seven, he adopts a vulnerable position that pushes him to associate with a strange sect called the Church of the Collective. His objective will always be to be part of The Seven and he will always submissively obey all the orders of The Patriot.

A-Train stands out for his speed as a special superpower. He is a character that reflects the darkest face of an addiction and stands out for the identity conflict related to being black. The equivalent of him is Flash.

Black Dark ( Black Noir ) is stealthy, silent, and enigmatic. He stands out for his agility and superiority in hand-to-hand combat. His relationship with El Patriota is very close.

Translucent possesses the ability of invisibility, as well as skin as tough as diamond. Also, his irreverence will be crucial in the first season.

Finally, not all of The Seven are diabolical and sociopathic , but they are all considered celebrities and sex symbols , with all the merchandising generally associated with that condition.

The exception is Luz Estelar (Starlight), which represents the naivete before some ideals against which he decides to fight. She is a character that evolves considerably throughout the various seasons, becoming the heroine that she would expect.

Liberty (Stormfront) is a brief character, but she sets the bar very high as a Nazi villain. She uses populism to thrive at all costs.

Another relevant character in The Boys is Soldier Boy , as it allows us to take a look at the history of Vought, decades before the events that are narrated in the series. He also allows us to delve into the origins of El Patriota, whose similarities begin to emerge.

The character, played by Jensen Ackles , resembles Captain America (Marvel); however, his origin is more similar to that of The Winter Soldier, due to the use of the supersoldier serum.

The Boys is a collection of people who have their own reasons for being against Vought and his superheroes . The series shows its most human side, although not necessarily good, with this group of ordinary people. 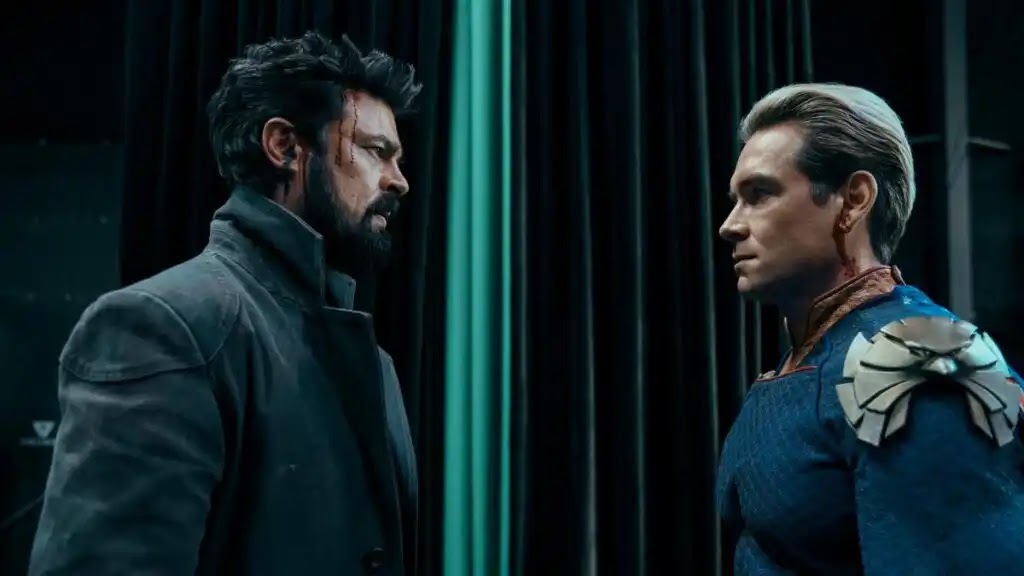 The main character of this group is Billy Butcher (Billy Butcher), played by a fantastic Karl Urban . Sometimes the question arises: is he a villain? He is as capable of acting mean and cruel as The Patriot does, perhaps that is the reason why he is the boss of the entire group The Boys. His hatred towards the leader of The Seven is the engine of his continued fight.

Hughie Campbell (portrayed by Jack Quaid ) portrays the archetypal good guy exploring his dark side. If anything defines Hughie’s character, though, it’s the endearing element he brings to the table, as well as his attempts to deal with his relationship with Starlight as a normal couple.

The characters Kimiko (played by Karen Fukuhara), who has superpowers, and Frenchie (played by Tomer Capone) form a couple who share a similar past. They support each other unconditionally, in which they both protect and care for each other.

Finally, Marvin T. Milk (played by Laz Alonso) is the character who brings sanity and common sense . He on several occasions pretends to leave the group, however, he is always attracted to Carnicero. With a complicated and scarred past, his personality has traits related to obsessive-compulsive disorder.

If you want to spend some time entertaining, without a doubt, it is a good choice. As the episodes progress, the feeling of an inevitable tension called to end up exploding gradually grows. Such is the success of the series The Boys that today it is the highest rated series in the entire history of Amazon Prime Video .