Lou Bloom is a hustler who dreams of creating a successful business. One day, by chance, he finds one, but he will have to skip many ethical principles. Nightcrawler is a disturbing story that deals with the debate on the limits of civic freedom. 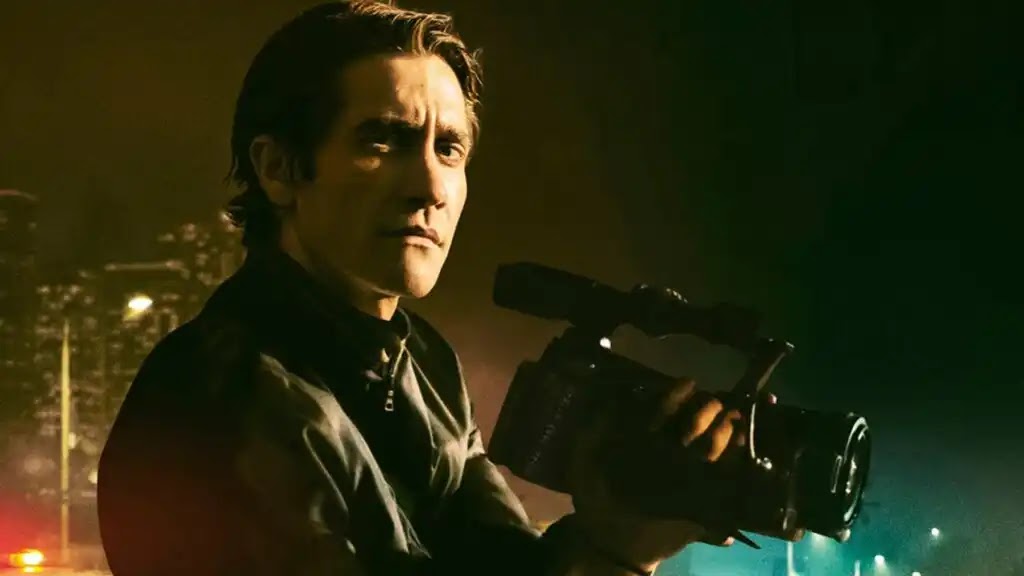 Nightcrawler speaks of a fundamental right of the human being that should not be mixed with empty concepts . Freedom is not a friendly word for frivolity, but for individual and social responsibility. It is everyone’s responsibility to be vigilant so that fundamental rights are not violated, bearing in mind that being free sometimes means controlling oneself, in order to later be able to make better choices.

That said, we understand freedom as a fundamental right of the human being based on his natural ability to think and act according to his own will and for which he is responsible for his actions. Freedom can refer to the faculty and the right to profess any religion; to manifest, defend and propagate their own opinions and to follow one sexual tendency or another with no limitations other than respect for the freedom of others.

Analyzing Nightcrawler, we evaluate the limits between the power of institutions and the exercise of freedom of the individuals that comprise it. It is interesting to analyze how unlimited practice by individuals or institutions can have very negative consequences for society as a whole.

Dan Gilroy’s thriller Nightcrawler is about a lonely man named Lou Bloom who wants money and power. His day-to-day life consists of wandering around at night collecting some junk and committing various thefts.

At one point, while driving down a freeway, Lou witnesses a car accident. In addition to an ambulance appearing, a camera team portrays the scene. When they finish shooting, they tell how easy it is to get a commission for shooting the most morbid scene. That’s when Lou Bloom, a cold-hearted but just as social reverse as Travis Bickle (Taxi Driver), sees his golden opportunity to rise up and become the entrepreneur he’s always dreamed of.

He then becomes an amateur videographer who uses his eye and his courage to create a successful small business, deceiving, manipulating and exploiting all who stand in his way.

Nightcrawler is a movie about how sociopaths are able to cross many lines when their interests are at stake . It is a media satire in the style of Network and To Die For that carries the slogan “if it bleeds, it leads”.

Freedom, is this it?

Democratic systems guarantee certain individual freedoms, such as freedom of expression and information. However, with every freedom comes a responsibility. Nightcrawler proposes a reflection on the consequences of the perverse use of the media and how there are people capable of exploiting them for their personal benefit.

The English word nightcrawler refers to the person who develops a large part of his professional activity at night, a term that perfectly defines young Lou. Bloom is an apparently courteous man, with a superficial charm and over-adapted to the different social situations that are presented to him. Lou is a product of today’s most extreme capitalist society, a socioeconomic model that somehow fosters his sociopathic behavior .

Although he has not received a conventional education, he has absorbed all kinds of pseudo-philosophical precepts and self-help techniques that exhort him to undertake and persevere until he achieves success at any cost.

However, what makes Lou fearsome and dangerous is not his unruly and unrestrained behavior, but rather that it is continually reinforced by his success at work. By fawning over his peers and pushing his lurid filmmaking techniques to the limit, Lou rises from pathetic night owl to successful businessman.

The film is an inspirational story for people looking to become billionaires and pioneers in the entertainment or other industries.

How many Lou Blooms do we have on our screens?

Although everything that happens in Nightcrawler horrifies us, it is only limited to telling us about the passivity and parsimony of the work behind the cameras when dealing with news of accidents and murders.

We see how the less sensationalist journalist and with a hint of personal decency automatically falls into the drawer of “heavy junk” that it is convenient to purge in order not to lose the competitiveness of the business, among morbid, malicious and false images.

However, every day, as an audience, we consume the news that Nightcrawler brings to us in the morning. Even without waking up, we see news and talk shows about dead girls or rich people assaulted by immigration ready to kill us all, constantly giving morbid and sensational data and images.

With women dressed in cocktails and men in jackets, we see how the moral doctrine is established, the false indignation and the most absolute frivolity when it comes to dealing with all kinds of issues. You could spend years consuming this type of content and not learn an important or significant fact for our lives.

In addition to the creation of fear and the superficial treatment of the news, the programs create a wheel of sensationalist content that affects the most vulnerable people : elderly people with fear, groups of criminalized foreigners, etc. Dramas and personal tragedies that are exploited, squeezed and eliminated at the convenience of the audience data.

Nightcrawler and the deterioration of traditional media

The proliferation of antennas and monitors has led to an increase in content and image production companies. All of them try to feed that signal that consumers demand to remain active day and night. In its original conception, the media should inform citizens covered by a fundamental right, that of freedom of expression. However, in the film, we witness the perversion of this right; It 's all worth it to win viewers thirsty for extraordinary, intimate and cruel realities.

The news director Nina, to whom Lou sells his material, exemplifies what is behind at least part of current TV and the editorial line of other media that share content through other channels.

The main priority is simply to become profitable businesses , supported by the audience data that allows them to survive in a context of fierce competition. In fact, Nina applies a devastating guideline, “ the best way I can think of for you to understand the essence of what we broadcast is to imagine our news with a woman running with her neck slit” . The greater the social alarm around crime in the city, the more interest the public shows in this type of information.

So to encourage (or even artificially provoke) such alarm, Nina needs to offer graphic and explicit images. Protected by freedom of the press and the right to information, Nina and Lou begin to collaborate practically exclusively to reveal the most violent aspects of the city and keep the population hooked on their chain.

Conclusion: Lou has a sociopathic behavior, but passes for a successful man

The footage ends with Lou’s words to his new hires, “I will never ask you to do anything I wouldn’t personally do.” The protagonist is convinced that most media are legitimate if success is intended with them. So, why reject a successful proposal that is going to give money to everyone? That is the real drama of the movie: in this system no one is totally “sinless”.

The police cannot deal with an individual who engages in manifestly harmful behavior, but which is not criminalized. At the end of the film, Lou looks directly at the interrogation camera lens, as he could be looking at us, occupying the center of a practically empty frame, knowing that in reality it is he and his camera that are in control as long as there are spectators. watching the other side.