What makes a movie nostalgic? The ability to travel to common places? To play with elements with which we all knew the world? To find out, we take a look at five famous and nostalgic movies. 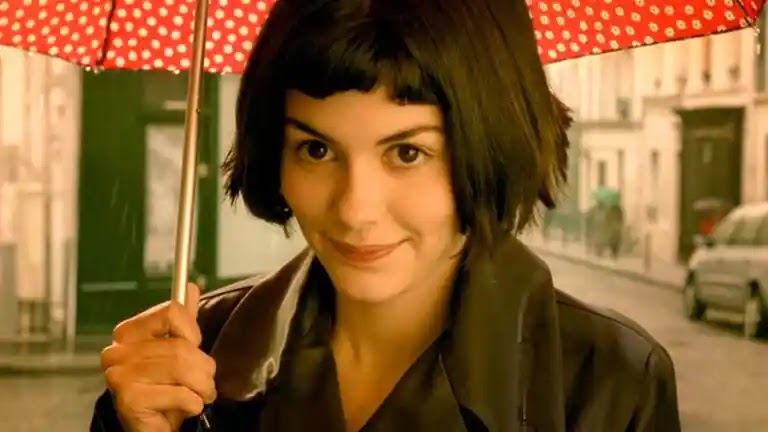 Can any movie be likely to become nostalgic? Sure you can, just like a song. For example, we can always remember that science fiction movie that we saw with our father or the one that appeared the first time we went to the cinema.

However, there are movies that evoke nostalgia itself. They seek to awaken those feelings in us. It can be said that in these films the plot does not matter as much as the strength of the emotions or the impact of their frames on our memory.

Here is a selection of the best movies about nostalgia.

Before Dawn is the first part of a trilogy about love and relationships that is completed with two other films: Before Sunset (2004) and Before Nightfall (Before Midnight, 2013) . The idea for the film stems from an experience of its director, who during a trip met a woman with whom he had a deep conversation all night and whom he never saw again.

The film begins when Jesse ( Ethan Hawke ), a young American traveling through Europe, meets Céline, a French student, on the Budapest-Paris train. Attracted by her conversation, she asks him to get off with him at the Vienna station to continue getting to know each other until she leaves her flight back to the United States the next morning. The girl accepts and they both wander around the city for a few hours that will mark her life forever.

Before Dawn dissects the first phase of love, how we discover ourselves before the other that attracts us, and, starting from that idea, Linklater creates a story about two young people who fall hopelessly in love on a train.

The film closes with images of a lonely city in which the traces of lovers remain, those bottles in the park as “products of conduct” of a behavioral observation. Nostalgia appears as soon as the morning takes place.

The film proposes a narration about the time of love that defends that emotions are not rational and the logic of thought cannot be imposed on them.

The Laws of the Border is an adaptation of the novel by Javier Cercas. It is an entertaining film, without noteworthy details at the beginning, which gains depth as we approach its end. The film is set in Girona in 1978, when Spain has just woken up from a 40-year dictatorship.

In the first scenes , Nacho (Marco Ruiz) appears, a young man with a calm character who is attacked and insulted by some thugs. At the beginning of the film, we already see how not even in the cinema can the boy escape from this suffering. Nacho’s life could have been marked by trauma had it not been for a curious “salvation” by some small-time “stoners and thieves”.

And it is that not everyone finds himself in a coaching course . Thus, Nacho will meet a group with which he will know for the first time what action, humour, the night, dances or sex are. His friends are a series of young actors who fill the screen with their strong presence and charisma. Two examples are Begoña Vargas and Chechu Salgado, like Tere and Zarco. These two characters rescue Nacho from his lonely and harsh existence.

Amélie sounds like an Edith Piaf record. She touches you like a cool mid-October breeze. Bruno Delbonnel’s red and green colors offer a perfect photo for nostalgics. Amélie feels like a synesthetic experience.

It may be that Amélie is one of the last works we saw before entering the sphere of the frenetic and immediate. Mobile, social networks. Lots of people around and very few friends. Lack of real and intimate contact with other people.

Amélie is a fantasy comedy about a young woman who discreetly orchestrates the lives of the people around her , creating a world created exclusively for her. Filmed in more than 80 Parisian locations, it swept critics and audiences alike.

It is a film of gestures, art and cinematographic experimentation. Everything revolves around the protagonist. Her way of putting on perfume or removing dirt from a hidden treasure (which made many of us nervous for not cleaning up immediately). Amélie was the first and last influencer capable of creating fashion and art with her way of walking, looking and bouncing stones.

Thousands of girls copied her style and not because of the clothes, but because of her slow and mysterious way. She was definitely someone original. However, what is original is to be oneself, not to copy another person (although being young, those darings are excused).

As fantastic as Amélie’s world is, the film is about how two hearts beating on opposite ends of the city can come together and beat as one. Only 21 years have passed and the melancholy to find someone like Amélie, so busy with herself and with those around her, grows more than ever.

The first collaboration between Johnny Depp and Tim Burton, Edward Scissorhands is a fairy tale, modern and magical, with gothic overtones and a suburb of suits and pastel walls. Another world created to stimulate our imagination, with a story that feeds the strongest feelings of memory about that lost and frustrated love.

With Burton’s surreal illustrative wit, Depp and Ryder’s career-defining performances, and a story full of simplicity, complexity, and intangible magic that stands the test of time, Edward Scissorhands is one of the greatest films ever made . A true classic.

The story tells the story of a scientist (Vincent Price) who builds an animated human being. It’s his masterpiece: the incredible Eduardo (Johnny Depp). However, the scientist dies before he can finish assembling it. Unfortunately, he doesn’t finish giving her human limbs.

The result is that Eduardo will always live with scissors at the end of his arms, instead of having hands. Loving suburban saleswoman Peg (Dianne Wiest) discovers him and brings him home, where he falls in love with her teenage daughter (Winona Ryder). However, despite his kindness and artistic talent, Eduardo’s hands make him an outcast from society.

If there is a movie about nostalgia, it is Cinema Paradiso . The homage to cinema in the form of a film is pure nostalgia for the old screen . Because of the need to move to go to the local cinema, to watch one story while another is probably unfolding. A perfect image of a time when the cinema was the only source of laughter and joy.

The scene of “the censored kisses” is perhaps one of those that most perfectly captures the nostalgia of a time gone by. They say that the world looks only once, in childhood, and that the rest is memory. And that happens to the protagonist.

Giuseppe Tornatore’s Cinema Paradiso takes place in Sicily in the last years before television. It has two main characters: the elderly Alfredo (Philippe Noiret), who rules the projection booth, and the young Salvatore (Salvatore Cascio), who makes the booth his home away from a loveless home.

The boy watches in amazement as Alfredo struggles with the machine that shoots the images of his dreams onto the screen . At first, Alfredo tries to chase Salvatore away, but eventually he thinks of him almost as his son. Salvatore certainly considers the old man his father and his films his mother.

The story is told as a flashback; It begins with a prominent film director (Jacques Perrin) learning in Rome that old Alfred has died and embarking on a sentimental journey back to his hometown. There he will remember his first and great love and will see the film that old Alfredo has left him as a posthumous gift and that constitutes the most melancholy scene that can be seen in the cinema.