Imagine the following situation: you are at home, in your room, wanting to watch a video on your smartphone. The device is connected to the Wi-Fi network and you are not that far from the router. But the video, which is short and shouldn’t take so long to load, doesn’t play at all or it even starts to play, but with a very low quality and it still freezes all the time.


When this type of situation happens, the first thought is in relation to the contracted internet speed. After all, the “blame” is the data service that cannot provide a fast and stable connection over the Wi-Fi network. As a result, we switch plans or carriers only to find that the problem often persists. What to do in these cases then?

The first step is to investigate other factors that may be compromising your internet speed. And one of the main responsible for the low performance of the Wi-Fi network is usually not the contracted band, but the router that distributes the signal around the house. Please note the following explanation.

1. The importance of the right router 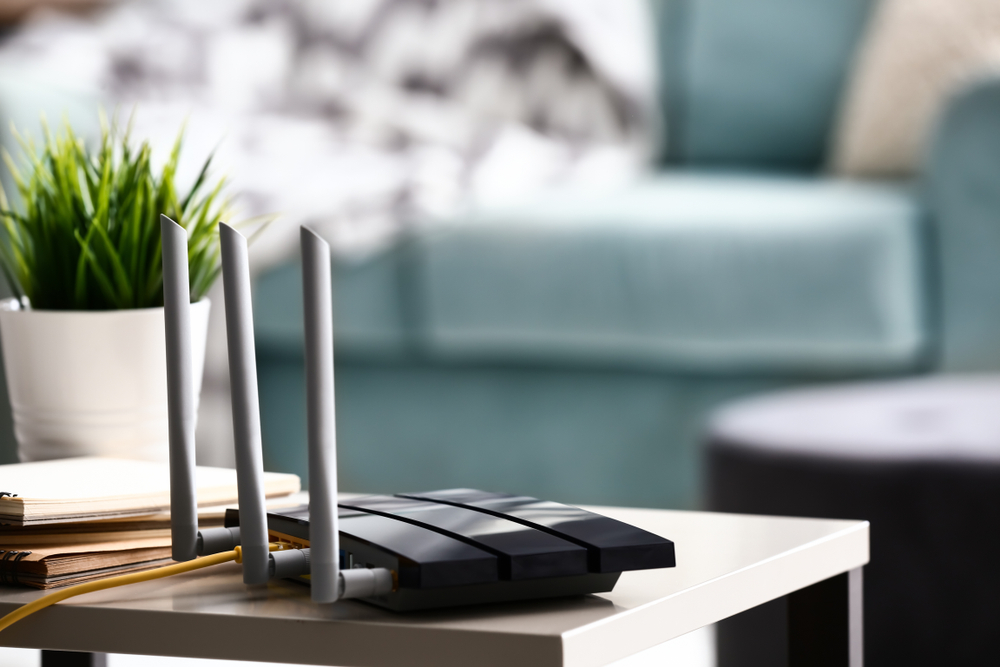 The problem is not always in the contracted internet speed. (Source: Shutterstock/Reproduction)

Router technology makes all the difference. It is true that a simpler router could do the trick if you connect in a not very wide environment, being very close to the network device, with few devices connected and using services that do not require a lot of data (such as email or messages ). Even a more modest broadband package can do just fine.

But this is not the reality for most people. Generally, we need the internet signal in places that are not close to the router, with support for several connected devices and handling heavy services, such as streaming videos and games. In this scenario, in addition to a more robust data packet, a more powerful router is needed.

2. Which router to choose? 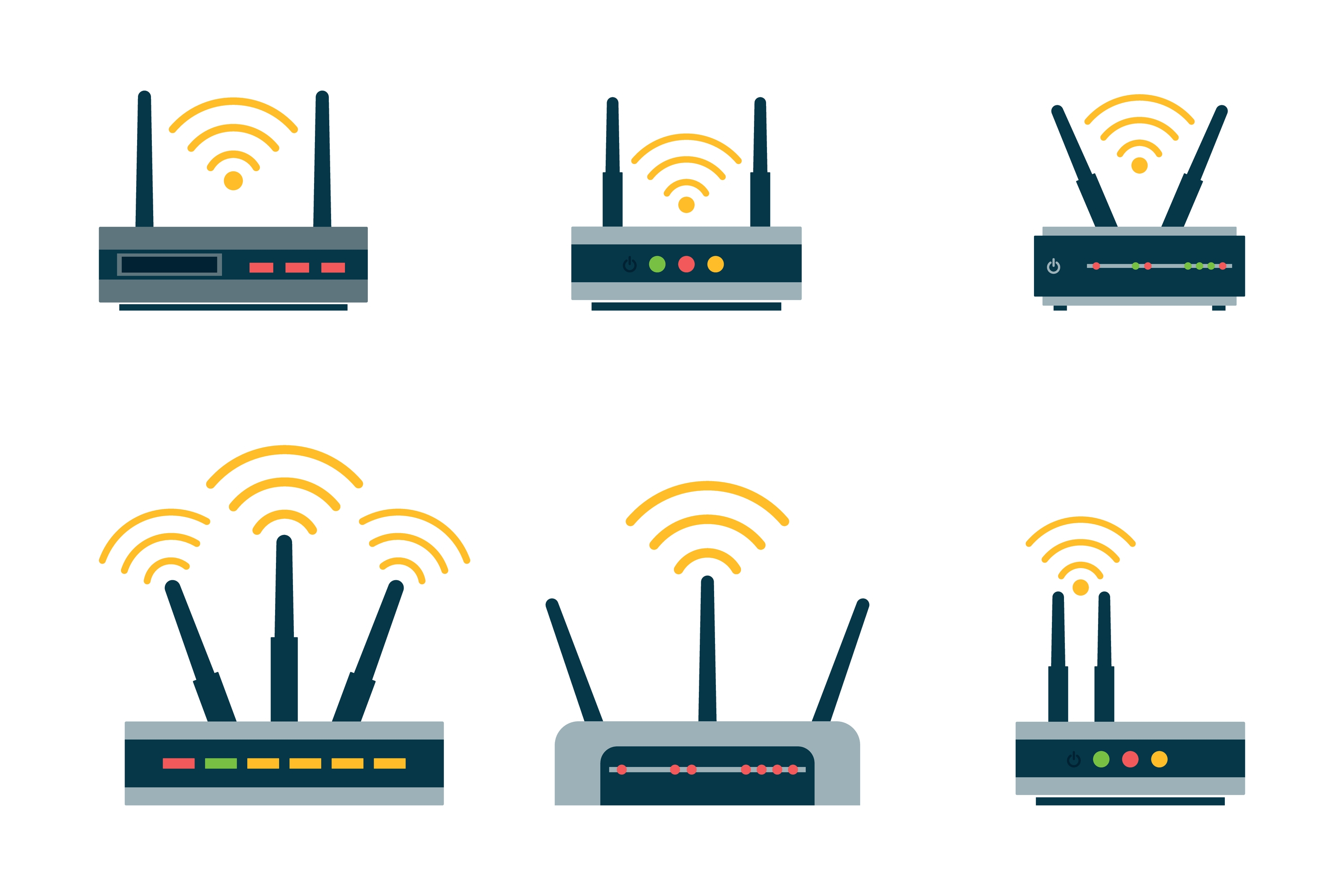 Qualcomm recommends that the network created has a capacity of at least twice the speed of the contracted internet. (Source: Shutterstock/Reproduction)

In the process of choosing a router, it is necessary to take into account some important aspects. Qualcomm, a manufacturer of chips that stand out for their connectivity, recommends that the network capacity created by the router be at least twice the speed of the contracted broadband.

When it comes to equipment, that means using routers and smartphones that at least feature technologies such as Wi-Fi 5 with Multiple-Input, Multiple-Output (MIMO) 2x2 for broadband speeds of up to 300 Mbps. For those who don’t know, MIMO means multiple inputs and outputs in literal translation.

In practice, this technology offers two antennas for receiving data and two for sending signals – which represents a differential in connectivity. It is basically about doubling the communication capacity between the devices on the network.

For faster networks, a Wi-Fi 6 or 6E router supporting 4x4 or 8x8 MIMO technologies is recommended. Routers with these specifications, in addition to being more powerful, are also capable of making the devices save energy by providing a more stable connection network.

3. See where the router is installed 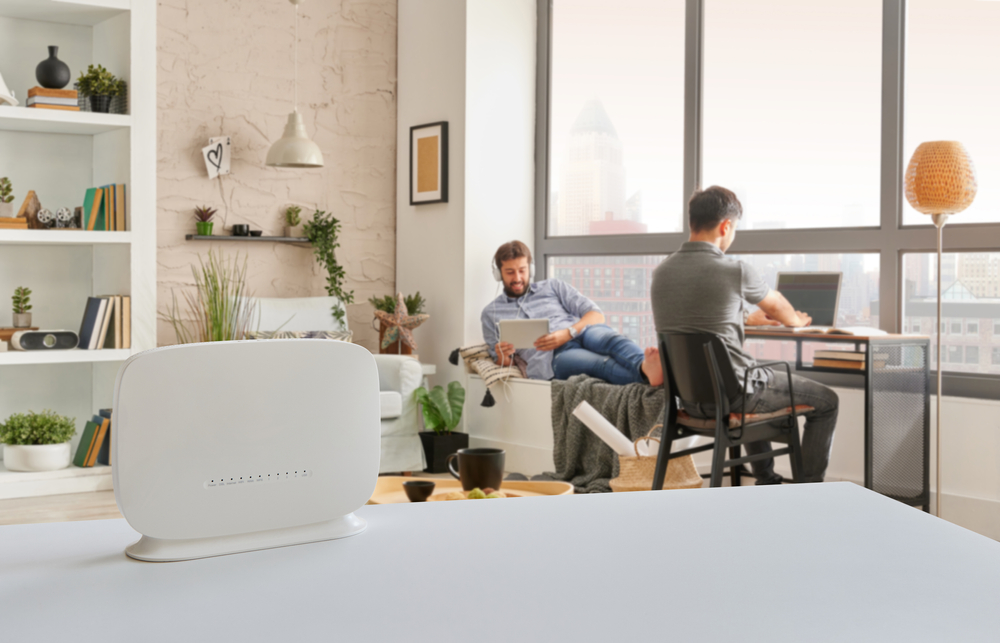 The position and installation location of the router can make all the difference. (Source: Shutterstock/Reproduction)

But is a powerful router enough to solve all internet connection problems? Unfortunately not. Therefore, it is also necessary to pay attention to where the device is installed, which can make all the difference in the performance of the Wi-Fi network.

The obvious part of this detail is to understand that the further away from the router, the worse the signal tends to be. Therefore, the tip is to install the device in a central area of ​​the house or office, allowing the frequencies to reach all environments with the same intensity.

In addition, some obstacles and objects can represent a significant deterioration in the Wi-Fi network signal. Mirrors, windows, glass and even aquarium water may be hampering data transmission. The wall material also needs to be evaluated: bricks cause a medium obstruction, while concrete and slab are more difficult barriers to cross. Metals completely block the signal.

It is also important to note that there are options on the market for Wi-Fi Mesh networks. These connections between more than one device are capable of expanding the signal coverage reaching wider and more distant places. In addition, the technology also provides greater stability as it creates a single network throughout the environment and avoids that obstacle of connecting and disconnecting several times.

Is your device ready? 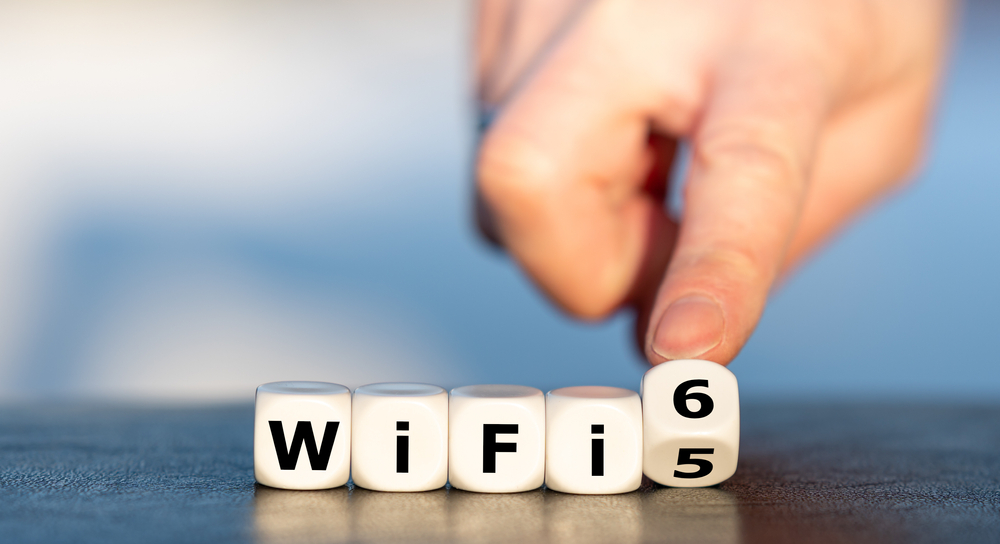 It’s always a good idea to check that your devices are compatible with the latest networking technologies. (Source: Shutterstock/Reproduction)

To mitigate once and for all the difficulties with the Wi-Fi connection, it remains only to understand if the device used to connect is not the “problem”. In the case of smartphones, it’s good to check for compatibility with the latest networking technologies to be able to enjoy everything the router has to offer.

Qualcomm recommends that, when buying a smartphone, you look at which Wi-Fi network it supports. The best option is Wi-Fi 6 and 6E technology, which would correspond to the 802.11ax standard.

As it is important to consider the device that is in the price range you are willing to pay, Qualcomm reinforces that the minimum to be accepted by the smartphone is the Wi-Fi 5 network. The previous generation, Wi-Fi 4, does not meet more to the current connection needs and will be far below the recommended to enjoy the data transmitted by the routers. If you opt for a cheaper cell phone, with Wi-Fi 4, it won’t take long to change your device.

When it comes to other devices, such as notebooks and smart TVs, the same research is also necessary, so it’s good to keep an eye out and make the best of the connection available to you.